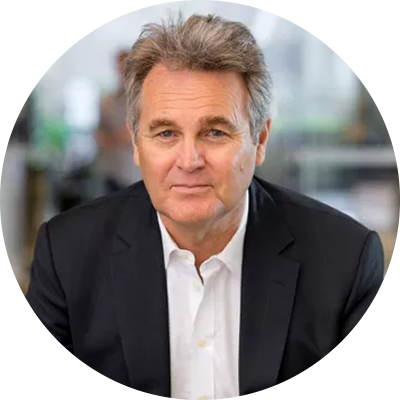 Bernard Salt is widely regarded as one of Australia’s leading social commentators by business, the media and the broader community.

Bernard heads The Demographics Group which provides specialist advice on demographic, consumer and social trends for business. Prior to that Bernard founded KPMG Demographics.

He writes two weekly columns for The Australian newspaper and is an adjunct professor at Curtin University Business School.  Bernard also holds a Master of Arts degree from Monash University.

Bernard Salt is one of the most in-demand speakers on the Australian corporate speaking circuit and has been so for more than a decade.

He is perhaps best known to the wider community for his penchant for identifying and tagging new tribes and social behaviours such as the ‘Seachange Shift’, the ‘Man Drought’, ‘PUMCINS’ (pronounced pumkins) and the ‘Goats Cheese Curtain’.  He was also responsible for popularising smashed avocados globally.

Bernard has popularised demographics through his books, columns and media appearances. His body of work is summarised in six popular best-selling books.

He was awarded the Member of the Order of Australia (AM) in the 2017 Australia Day honours.